What if you could produce clean drinking
water right out of thin air and without using electricity? That's what one
Arizona based startup is trying to do using a combination of solar energy,
material science, and data. Is this the next level of drinking water? This is Zero Mass Water. It's a water startup operating out of an old car dealership
in Scottsdale, Arizona. Zero Mass is building and selling solar-powered
panels that harvest drinking water called Source. The panels have been up
and running in specific locations over the past couple years, but Source just
became more widely available. At the very highest level, we take sunlight and air
and we produce water. As you drill into that, the air part of that equation
is applying air into materials that like water. So the same way when you
leave a lid off of a sugar bowl, the sugar gets a little clumpy. That's
because that sugar really likes water in the air. I visited Zero Mass at
their headquarters to check out their panels. And, of course, to taste the water. And where is this water coming from? So the panels that produce this water are on the roof.

So we're taking a water vapor
out of the air, concentrating it in the panels and then we're dispensing it to
the tap. It tastes nice and clean. It's good isn't it? Yeah, I had some tap water last night that didn't taste quite like this. Okay. So to say they pull water from the air is technically accurate, but really
it's a multi-step system. The Zero Mass panels look like regular solar panels, but the middle strip is the only part that is standard photovoltaic technology. That part drives the fans and the communications inside the unit. On either side of that strip is a proprietary, porous material – one that generates heat. A separate proprietary material inside the panel absorbs moisture from the air. Then the panel uses sunlight to take the water back out of those materials and produce a process that's not dissimilar from dew forming on grass.

Basically, when warm air hits a surface colder than itself. And then the water ends up in a
30-liter reservoir. Where it's mineralized and pH balanced
and at that point it's drinkable. Let's say there's an emergency
situation, like with the recent hurricane in Puerto Rico. How quickly can you get
one of these set up? So the three of us could install two of these in probably an hour. And so it actually turns out, the thing that takes the longest in
putting these in, is moving that line down to the sink or to the refrigerator.

While I was able to see the Zero Mass panels and taste the water, I didn't have much
visibility into how the water actually runs from the reservoir to a faucet. I was, however, able to see the company's network operations center. We call it the NOC for short. Every panel that we've ever deployed is communicating with the server we have here. Robinson also said that each panel has a circuit board that runs an algorithm. So it can adjust itself to maximize water output.

On average, each panel is supposed to produce five liters of water per day. But it is safe to assume that if you're in a less humid climate or a more dry climate that your water output could be less. Here is probably very different from here in the Philippines, right? Yep, the two things that affect the amount of water we produce are the humidity in the atmosphere and the amount of solar
energy that's available. Still, he says that Zero Mass panels are absolutely able to make water in the desert, even in a place as dry as Arizona. There's no doubt that a lack of access to clean water
is a big problem for a lot of people.
According to the United Nations, water scarcity affects more than 40
percent of the global population. What would you say is the biggest water problem we have around the globe right now? Is it scarcity, is it quality, is it access? I would say, it is really all
of the above. That would be the right answer.

The number of people who die from
waterborne diseases is enormous. It exceeds a million deaths per year. Dr. Ashok Gadgil is a kind of legend when it comes to socially beneficial technologies, especially in the developing world. He's won numerous
awards, including an induction into the National Inventors Hall of Fame. And back in the 90s he developed a product that uses UV light to disinfect water. He says that changes in climate patterns, the explosion in urban populations and rising incomes are setting us up for a serious water crisis. This century, there is going to be an extraordinary crisis that the groundwater will be relied on as
if it was there in indefinitely large quantities. It is not, of course, there that
way — and we are to drill deeper and deeper and we are extracting now water,
that some of my geochemist friends tell me, is 10,000 years old,
that is being pulled out of the ground to be used, because that's the rate of replenishment. 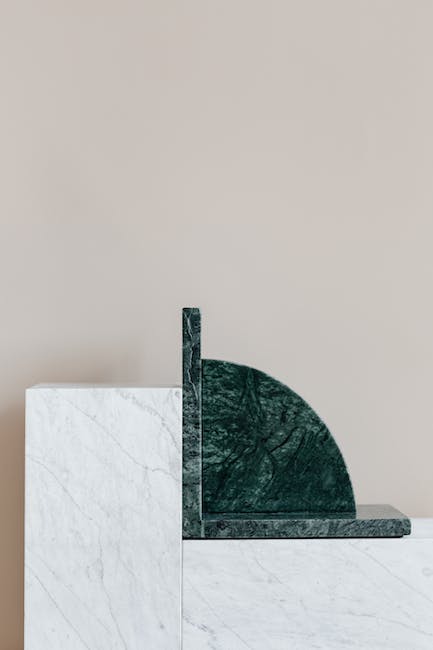 It's minuscule compared to the rate of a withdrawal. So, is Zero Mass going
to replace groundwater as a primary source? Is it going to help people with
little to no access to clean water? Or is it just for people who buy a lot of
bottled water? Cody Friesen, the CEO, says all of the above. This takes us from a position of water scarcity to a position of water abundance for every person. And it's a profound thing to say and I recognize it sounds profound but this technology entitles us to be aspirational because
of the fact that we can say, “Okay, yep they're Syrian refugee issues in northern Lebanon, let's go there." “Yep, Maria hit Puerto Rico, yep, let's go there.”
“Hey, there's issues in Flint, let's go there.” “Hey, by the way, you're buying
bottled water in Berkeley.

Let's displace that.”
Same in Oakland, same in Scottsdale. There is still the cost to consider. Each panel costs $2,000 plus a $500 installation fee,
so $4,500 total for a two-panel array. So far, Zero Mass
says hundreds of panels have been set up in eight countries around the world.
For people in developed markets, that means they're either early testers or they're
paying out of pocket. In emergency situations or places where there's a
lack of funding, the company is relying on donors, NGOs, or multilateral
institutions. The fact that it's totally independent of any infrastructure, no wire, no pipe or anything, the fact that we can just put this anywhere, changes
your life. There's no doubt Zero Mass is working hard
on an innovative way for people to have access to clean water without
electricity or sophisticated plumbing. Not surprisingly, others are working
on solutions like this too. The question then doesn't seem to be
whether it's too good to be true, it's whether harvesting water from the
air is the most sustainable, most cost-effective solution for clean water.

While Dr. Gadgil declined to comment on Zero Mass specifically, he said the method of harvesting water from the air wouldn't be his first choice. Pulling water from moisture — condensing water from moisture in the air is viable if I was on a desert island, I had lots of money and there was no other source of fresh
water and I was going to die. Then the value of my life is what is now pitted
against the cost of that water. Instead, he says conserving water and recycling water, like the stuff we flushed down the toilet every day, are still more cost-effective than harvesting new water.

We need to do both. But we should do whatever is cheaper and least damaging to the environment. In almost all cases, reusing the water, seems to be the cheaper way to go. Similarly, conserving water seems to be a
cheaper way to go, before you start harvesting it from the air. In the world of water, there may be different interpretations of sustainability and varying approaches to how to get clean water to more people. For Zero Mass, the company says the goal is to get to the point where the idea of water from
thin air, is just a part of people's everyday conversations. You're at a cocktail party and say, "Oh I've got solar on my roof," people think, "Oh electricity," to in a
small number of years, people saying, "Oh you have solar, are you talking about
electricity or water?" Let's go up to the roof and check out our array up there.