Hey YouTube, I would like to show you my portable solar power
generator that I recently built. I want to thank all of the folks who posted their projects
on YouTube previously, they were great inspirations for this one. I consider this a medium-size and moderately
priced portable solar power generator. It generates 110 amp hours and costs, including the 100 watt solar panel
that's used with it about $950 dollars total cost. It's portable, but I would say that it's
not meant for backpacking. It weighs about ninety
pounds. This particular unit I built to use
on my cruising boat I wanted something that was portable so
that when I sold the boat and upgraded I could take the system out and take
it with me. I also do some tent camping and it will be used for that
purpose as well. The system offers again 110 amp hours, obviously the starting point is to get
some power into this …so for demo purposes today I'm using a small 27 watt solar panel and I'll show you how all
this mates and how the whole thing works.

Come around to the back of the system
and you will see what I've installed is a 2-pin SAE port that allows the energy from the solar panel to come into the
system…and once that is coming into the system it is
going to a solar charge controller that is under the top… we'll get back to that in just a bit. The case itself is a Plano sportsman's case …was about twenty-five
dollars, it is quite rugged is much more sturdy than a typical
Rubbermaid container by all means but was quite affordable and again is to
be used inside a cabin on a boat so it doesn't need
to be perfectly weatherproof but this is I think quite weatherproof as it's built. On the front, after we get some power
into the batteries we're able to provide power
through a number to accessory ports, we've got 12 volt on the side I did install a 12-volt power indicator.

It's
reading about 13.4 volts going in right now. We've got USB power here, a 5 volt 1
amp and a 5 volt 2.1 amp USB port, of course a 12-volt outlet here and on the AC side What I've installed, you'll see how that
works in a bit, is an AC voltmeter and ammeter and that gives me an indication that
power is on here and also is very important because the ammeter tells me how many amps I'm drawing out of the system using various appliances and that's very importand when you're developing your solar
power budget for solar power generated during the day
versus solar power being utilized from the system.

I've installed some Leviton weatherproof covers to my 110 AC outlets here and swinging back around to the back
side what I'll show you is that this is all turned
on using a master battery switch, that's been installed here. It is keyed sp we will install that key and power up the AC side of the system. You'll see here that when you turn that
switch on I does power up a digital thermometer. There's a sensor
inside that tells you what the internal temperature the case is, so we can monitor whether or not we need
to activate the fans. There's two fans on the back that push
air in and draw air out to the case to keep the AC DC inverter cool. They are powered up if needed by this
switch. And we'll turn that off so that we can better hear each other. But I only use that if it is absolutely
necessary and that helps to conserve some power. So back to the front of the case again… 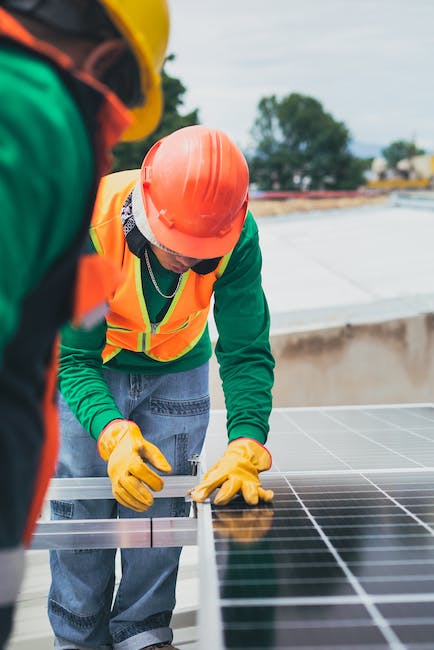 What you see is that now our AC voltmeter and ammeter is
powered up indicating that there is power again to
these outlets, right now showing 109 volts and 0 amps being drawn. Let's go to the inside of the case. The case is pretty rugged, a nice top with some
handles that latch it down. We can remove this top completely and on the inside what you're gonna see is a 400 watt
pure sine wave inverter and a 30 amp solar charge controller.

On the the deck or on this tray
the keeps these appliances or these accessories up out of the battery compartment I've installed also an emergency light that could be useful
during camping if absolutely necessary. There are handles here that allow you take this tray out…. this idea was inspired by another YouTuber who is so good to post his project…very inspirational. I've got four vents here, allow air to circulate through the top
portion of the the case as well as through the bottom.
I am going to show you how this whole thing comes apart and what the inside looks like. We simply the disconnect the AC power cord from the top tray and the whole thing and be lifted out and put behind the unit. I've basically used two batteries, they are wired in parallel. 2AWG wire cables here are to
transfer power back and forth between the batteries.

I've installed a divider and something of a deck underneath as well. there's some framing that will keep the
batteries in place and keep them from moving around. The wire gauges here range from smallest 18 gauge right up to the 2
gauge and quite a few different wire sizes in-between. I modeled the system after a number I've seen
on YouTube. I did consult with a friend who is an
electrical engineer for safety purposes, had to make sure things were wired properly
and safe. And to protect all the the components there's probably no
lesson well five different fuses in this system ranging from a ANL 50 amp fuse here between the
inverter and the the battery and a host of other inline fuses such as
this one, a 30 amp fuse between the solar
charge controller and the batteries.

There are a number of other fuses running in the lines between power
sources, AC, DC and outlets. There is another
way to charge the system up. I did buy a trickle charger that had an SAE port and simply ran the cable that came with that through the
wall of this case and then out under the handle
so that this is protected from the elements. An SAE 2-pin port mates up here to trickle charge this whole system so
that it's ready to go in the event of an emergency. Again, it generates 110 amp hours, cost
about $950 dollars and I'm gonna be really excited to use
this again with the 100 watt panel. This should allow it to charge at a rate of
about 5 amp hours. So that is my project. I
hope everybody enjoyed it and again I want to thank everybody who posted on their projects so that we could benefit from their
knowledge and build our own.