We're facing an urgent crisis. One which threatens our very existence, the Climate Catastrophe. The climate stability of the
past twelve thousand years has come to an end and around the world we are now
suffering from the impact. Bleached coral reefs
becoming cemeteries. Polar regions melting. Species driven to the brink of extinction. It doesn't make any sense if you think we're the most intellectual creature
on the planet, that we're destroying our only home. We are at a critical juncture
in our planet's history. What each one of us does
in the next few years, will determine what happens in the
next few thousand years. It will define our legacy
to all future generations. One of the things that
concerns me the most is just the scale and the urgency of the challenge.

If you look at our current emissions of carbon dioxide they're continuing to increase
like this and if we look at the trajectories that we need to be on if we
are to avoid exceeding 1.5 degrees of warming we need to essentially reverse
that – today. It's really obvious that the climate change that we're experiencing is
due to human activity and the reason really comes partly from the ice cores.
From the ice cores, we know that the carbon dioxide concentration today at
just over 400 parts per million is about 40% higher than it's been at any time in
the previous 800,000 years.

And that tells us we ought to get climate warming,
and sure enough when we look at the records we do have climate warming of
about a degree globally over the last hundred years. So those two things put
together a really the smoking gun. The amount of data we're getting is just
fast from satellites, from climate models and from our sensors. We need artificial
intelligence or AI to really tackle some of those large datasets. To look for
those patterns and interconnections in these data sets which are previously
hidden to traditional techniques. AI will enable us to build improved predictive
models for future climate change. The level of detail from these will be a
game-changer for governments, for policymakers and businesses who require
to make decisions.

The transition we have to make to hit
zero carbon in 30 years time is going to change the whole economy. Every aspect of it is going to have to change. We need to ship trillions of dollars
worth of investment over the next few decades and they need to be deployed to
do things like make all of our homes energy efficient and Net Zero, we need to
have decarbonisation of Agriculture, we need to see the entire electrification
of our energy and power systems so that we can run off all renewables.

And all of that needs to be financed. The primary source of greenhouse gas is the way we
generate and use energy. It is burning coal, oil and gas. The biggest opportunity
now is that we now have technologies for energy generation and energy storage
that are zero carbon. So in Cambridge, we have fabulous work on high voltage electronics which is transforming the way we move electricity around. Our work on batteries is pushing the performance, particularly how long you can use a
battery for, to unexpected heights.

We have absolutely groundbreaking work on
new approaches for solar cells. And the challenge of how we can handle different
parts of the solar spectrum more efficiently using a sequence of
different semiconductors to pick out different colours, is the big opportunity
to get the next big drop in the cost of solar. The generation of electricity that comes from renewable sources was enabled by a
huge number of government policies throughout the world in the U.S. in
Germany, in Japan and in China that really created early markets
for these technologies while they were still expensive. The challenge is, that the
rest of the world is growing richer, faster and as it does so it uses more energy. So the conversation regarding the emerging economies, and I've done a lot
of work on China and India has changed a little bit between the Copenhagen
agreement and the Paris agreement.

Both China and India signed up to the Paris
agreement as equal partners to countries like the UK, the United States and so
forth and increasingly these countries are seeing a low-carbon economy or the
green economy as an opportunity more so than a threat. They're investing in these
technologies. China is now the largest manufacturer and deployer of solar
panels, wind turbines and Lithium-ion batteries. India has put very aggressive
policies in place to also, both build solar panels but also try to develop a
local manufacturing sector. increasingly, we're getting to a point where it's not
a matter of either/or you can design policies that can try to domestically
that can try to both reduce greenhouse gas emissions and also contribute to
local development. Cities by their nature are energy intense environments and if we
for a minute just focus on built environments – buildings, just to get to
the level where we are even coming close to meeting the 2050 carbon targets, we'll
have to be very aggressive in what we do from all angles. 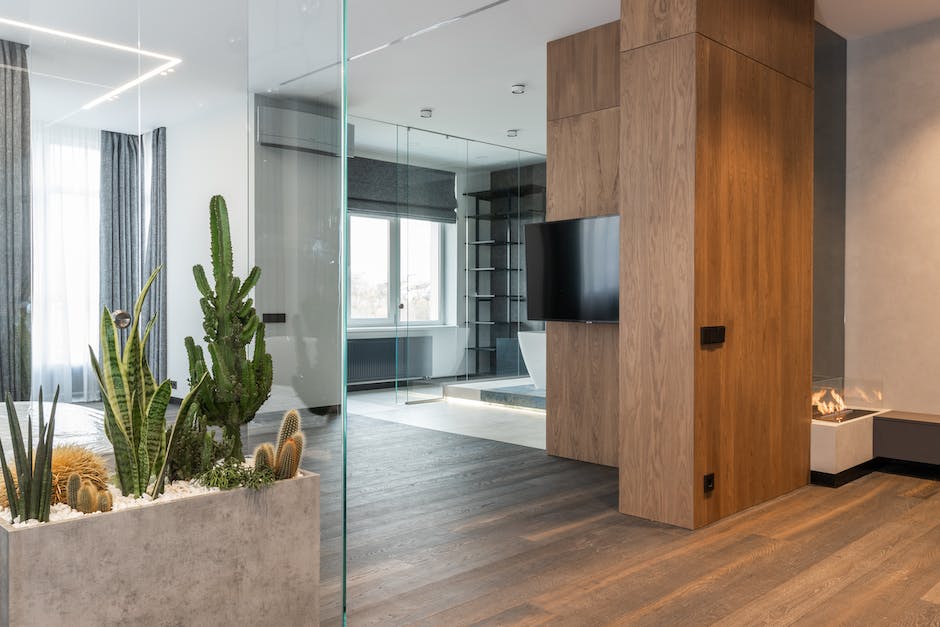 A lot of our built environment already exists. We have to be very aggressive about retrofitting it. We have to also continue strategies to incentivise reduction of demand and
finally that reduced amount of energy per household needs to be supplied by
carbon neutral sources such as renewables. In addition to retrofitting
built environments we have a couple of exciting projects that are currently ongoing. One is on urban farming which is making use of derelict spaces across
cities to grow food. So the second project that we have ongoing is on
subsurface environments. If we understand where the significant sources of heat are and their magnitude,
then we can tackle them sustainably. So we can
actually use those heat sources where we have heating needs above ground.

What we eat and how we produce food matters a huge amount not only for our own health
and well-being but for the planets as well. Agriculture is the human activity that's transformed the world the most. Producing food takes up 40% of the world's land surface, it's responsible
for approximately 25 percent of human greenhouse gas emissions and also about
70 percent of fresh water withdrawals. It's vitally important we moved to a lower
meat and a more plant-based diet. Animal agriculture has a disproportionate
impact, a very high carbon footprint. A recent report came out in 2019, that
devised the planetary health diet and essentially they recommend a small
amount of meat, fish and dairy, a lot of vegetables, a lot of beings and pulses
and some fruit. The amount of meat that they're recommending adds up to about 15
kilos per person per year, to feed 10 billion people safely within planetary
boundaries. Let's call that 20 kilos per person per year to take into account a
food waste.

In the UK on average per person we're eating four times that
at over 80 kilos and that itself is double what the average global citizen eats. There are many other steps that are also important but if you're going to make one change, reducing clean dairy consumption has the biggest suite environmental benefits. So decarbonisation is one of the great challenges facing humanity. Electricity production produces about 25 % of the world's CO2, and aviation
produces about 2% of the world's CO2 but is rapidly growing. We're working on
electrical and hybrid propulsion for aircraft, in terms of land-based power
we're working on power generation from low-grade heat such as solar plants. We're working on tidal turbines, extracting energy from the Earth's tidal
flows and we're working on hydrogen base cycles which remove the need for fossil
fuels completely. The Whittle Lab is also working on reducing the emission of current technologies. Rolls Royce is producing its first major new engine the UltraFan engine, which will reduce emissions by 25% and the Whittle lab is
doing a lot of research on technologies that will go into that engine.

Taking an innovative idea and making it into a reality, is an incredibly difficult process and what the Whittle Lab has done over the last
50 years is through a close interaction between industry and academia we've
built a bridge to allow these great ideas that are produced in Cambridge to
be translated into real products and that is what is needed if we're going to really successfully decarbonise the power
and propulsion sectors. So we have to work out
how within the UK we can get existing and developing and completely new
technologies up to scale very quickly. What really makes that work is when it's
economically attractive to do so. And there are many ingredients to that: we
need skills, we need the right spread of competences in the UK, we need
the right availability of investment and we need the ambition that that's where
we're going to get to. We have a very exciting research initiative in looking at how and provide and
preserve a carbon future s in the world.

That has to be complemented by the University itself looking at its own
operations and having a pathway to zero carbon for the University. So
those targets will worry about different scopes of emission so for scope one
emission which is largely the gas that we burn on the estate. And we're looking
at how to get rid of that that's going to cost a few hundred million over the
next ten years to get rid of. Scope 2, largely the electricity we buy to make
sure that we're buying that from renewable sources where we can trace the
provenance of what we're doing. Scope 3 is hard,
that's everything else. That includes air travel we hope that we'll have a policy
about limiting air travel coming up this year and also providing greater
transparency about our actual air travel. That Scope 3 includes things like
stopping serving ruminant meat in our catering outlets. It also includes
everything else we buy. And this is tough but one of
the things that's driving our new procurement system will be consideration
of how we account for the carbon in that and how we reduce the carbon by being
selective about what we buy and from whom we buy it.

Then we need to play a role in
shifting policies, regulations, practices of investment firms and other
institutional investors as quickly and as effectively as possible. And
preferably based on the research that we do here so that we're picking the things
that are the most effective and moving as quickly as possible in this very
brief period we have to make the difference we need to make.

As a climate scientist, I'm deeply aware of the scale of the
threat posed by climate change. But at the same time I really am genuinely
optimistic that if we harness the excitement and the energy and the
enthusiasm around responding to that great challenge, bringing together the
ideas and the innovation, inspiring a future generation of leaders with the
skill set that's going to be required to navigate through the coming decades, then
maybe, maybe we do have an opportunity to really make progress and to tackle this
global problem. But above all else it's very clear this is something on which we cannot fail. There are huge opportunities to getting things right. The only way to operate is to believe we can do something about it and I truly think we can..