Nowadays the field of power electronics is
ruled by so called MOSFETs also known as Metal Oxide Semiconductor Field Effect Transistors. The reasons are easy to understand: They only
require a certain threshold voltage at their gate in order to switch high voltages and
currents with high frequencies and low power losses. That makes them the perfect component for
building efficient switched mode power supplies, motor speed controllers or just to turn on
and off a couple of LEDs really fast and therefore dimming them. The only problem is that while driving such
MOSFETs sounds super simple; there are in fact lots of hidden pitfalls which I more
or less skipped over during my previous MOFET video. And since I constantly receive comments why
I sometimes use MOSFET driver ICs and sometimes I don’t; I thought it is finally time to
explain in detail how to drive MOSFETs, what the term bootstrapping has to do with it and
why you sometimes need a Gate-Drive Transformer.

Let’s get started! This video is sponsored by the Würth Elektronik
eiSos group. First off we need a practical example. For that I chose the IRLZ44N N-channel MOSFET
from Infineon. The first place to go for information about
this component is of course its datasheet. There we can find out that the MOSFET can
handle a maximum of 55V across its Drain Source path, it can withstand a maximum of 47A and
it comes with 3 pins which are called Gate, Drain and Source. Now for my first practical example circuit
I want to switch this blue 1W high power LED with the MOSFET. And what I have on hand is a supply voltage
of 5V. The LED draws a current of 320mA at a forward
voltage of 3.12V, which means that I will need a 6Ω resistor that can handle a power
of 0.62W.

This resistor LED combination gets hooked
up to the drain of the MOSFET while the source gets directly connected to ground. All that is now left to add is a suitable
gate voltage which will either put the MOSFET into its conductive or non-conductive state. For that we can find a graph in the datasheet,
which tells us at what gate source voltage, we can achieve what drain source voltage and
what current values. So let’s imagine we directly connect the
supply voltage of 5V to our gate.

According to the graph we have to approximately
follow this line. If there would be no MOSFET then the maximum
current of 320mA would flow, which would even lay underneath the beginning of our observed
line. That basically means that our drain source
path will come with a minimal voltage drop. This is of course beneficial since the drain
source voltage multiplied by the flowing current equals our power losses and we want to keep
those as small as possible.

So let’s just connect our supply voltage
to the gate and as you can see the LED lights up without any problems. The drain source voltage is around 5.8mV at
a current flow of 330mA which equals a resistance of 17.6mΩ and a power loss of 1.9mW. It is noteworthy that if my load would draw
a current of for example 20A, then the drain source voltage would according to the graph
of the datasheet rise to 0.3V. This might only be a rather small voltage
drop, but due to the 20A it creates a power loss of 6W which needs to get dissipated as
heat through a heatsink. If that does not happen correctly then the
temperature of the MOSFET can for example increase to a value of 175 degree Celsius,
which means that according to the next graph the drain source voltage increases to 0.8V
which makes the whole situation even worse and can lead to the destruction of the MOSFET.

But anyway I can turn on and off the LED in
my first example circuit by either applying 5V or the GND voltage to the gate. Of course you usually do not use a MOSFET
for such a simple switching task, which is why we should continue with a more realistic
example. So let’s take this Arduino microcontroller
whose pin 9 I connect with the gate of the MOSFET. As the first programming example I will turn
the Arduino pin on, wait a second, turn it off, wait another second and repeat this loop.

And this is how the practical circuit looks
like and as you can see the MOSFET still switches without any problems and the Arduino also
survives the switching events. But to get more into detail let’s have a
look at the gate source and drain source voltage on the oscilloscope. During the turn on event we can see how the
gate voltage slowly rises while the drain voltage drops and therefore the MOSFET becomes
conductive. Looks pretty ordinary at first sight, but
it is important to mention that this turn on event example took around 300ns.

If we compare that with the example where
we connected the supply voltage to the gate, then we can observe that this turn on event
only took around 150ns. The reason for that is the big issue that
comes with all MOSFET driving tasks and those are the parasitic capacitances between gate
drain, gate source and drain source. That means that even though you often hear
that you only need a voltage at the MOSFET gate in order to switch it, you also need
a not insignificant current which constantly charges up and discharges the gate capacitance. You sometimes find this input capacitance
value in the datasheet of the MOSFET, but you usually use the total gate charge for
calculations. 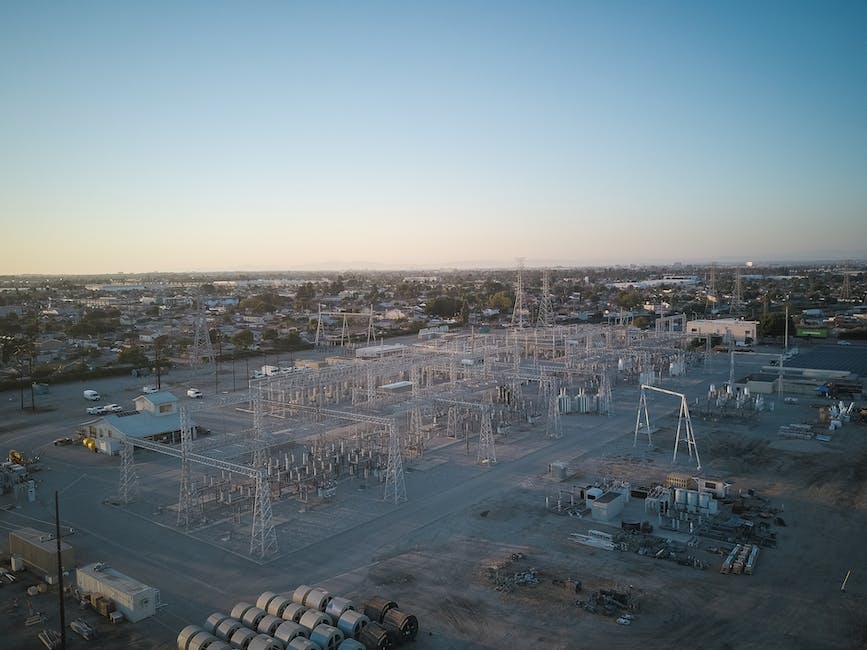 So for our datasheet example we have to feed
48nC into and out of the gate in order to switch the MOSFET. Since we know that the average current equals
the derivation of the charge above the time, we can simply insert the values for the microcontroller
and supply voltage example and therefore get a current of 160mA and 320mA. Here we can clearly see that the lab bench
power supply can switch the MOSFET faster because it can provide more current in a shorter
amount of time. The microcontroller on the other hand even
exceeds its maximum output current per pin and therefore runs the risk of getting destroyed
during the switching event. If we now go one step further and reprogram
the microcontroller in order to output a pulse width modulated signal which dims the brightness
of the LED then the microcontroller can get destroyed faster since now it gets overloaded
constantly with a frequency of 490Hz.

A solution for such a low frequency microcontroller
MOSFET driving task is the simple insertion of a resistor like in this case with a value
of 200Ω If we now measure the charge times then we
can determine that they got stretched out to 850ns and thus the average current got
lowered to 56mA. For an ideal microcontroller setup you can
also add a pull down resistor in order to make sure that the gate gets discharged in
an undefined output state event and also a Zener diode that gets rid of occurring overvoltages
at the pin. This circuit is more than enough for such
a simple LED example, but let’s imagine this would be a switched mode power supply
and we would have to switch the MOSFET with a much higher frequency.

I chose an example frequency of 250kHz for
which the programming of the microcontroller was not really hard to do by simply utilizing
its timers but if we leave the circuit like before then we can see that through the slow
charging up of the gate capacitance, the MOSFET barely has any time left to be conductive. That basically means we need a more powerful
current source to charge up the gate faster which also has the advantage that we go through
the more power loss-making operating areas of MOSFET faster and thus obviously reduce
power losses. For those reasons we can use such a transistor
circuit which is often called a MOSFET driver. Its job is to basically feed lots of current
quickly into the gate while only drawing a small amount of current from the microcontroller. But since such a circuit requires quite a
few components to build up, we can also simply use a MOSFET driver IC.

As a practical example I chose the LMG1210
from Texas Instruments, which is not only relatively modern, but it also comes with
a bootstrapping feature which I will talk about later. The only disadvantage of this IC is that it
only comes as an SMD component. That is why I designed such a breakout PCB,
onto which I soldered the driver IC through the help of solder paste and my reflow oven. After I then added screw terminals to the
PCB, I also added decoupling capacitors to the supply voltage and connected the driver
between the microcontroller and the MOSFET. As you can see the driver shortens the switching
times to merely 70ns. But if we have a look at the voltages across
the decoupling capacitors, then we easily notice that those are neither correctly positioned
nor do they feature the optimal capacitance values.

To avoid such a problem you usually follow
the reference design of the datasheet in which we are of course pointed to the high quality
components from the Würth Elektronik eiSos group. But anyway, it should now be pretty clear
why I sometimes use MOSFET drivers and why sometimes not. Now the term bootstrapping becomes important
when you want to for example develop such an inverter which connects a load to the supply
voltage or GND. With such a half bridge schematic you can
easily find out that we need at least 2 MOSFETs. The problem however is that the upper MOSFET
comes with a floating GND. That means even though I apply 5V to its gate,
the voltage across the load can for example also be 5V and thus the resulting voltage
at the gate equals 0V and therefore the MOSFET does not turn on.

To solve this problem we can build up such
a bootstrapping circuit whose goal it is to create a higher gate voltage for the upper
MOSFET. If the input is high, the lower MOSFET turns
on while the capacitor gets charged up through the diode. When the input becomes low, the lower MOSFET
becomes nonconductive, while the gate of the upper MOSFET gets charged up through the supply
voltage plus the capacitor voltage and thus it can turn on without any problems. This only does work however if the MOSFETs
get turned on alternatingly because the capacitor needs to get charged up constantly. So next I looked through the datasheet of
my MOSFET driver IC to not only choose a suitable bootstrapping diode and capacitor but also
to find a typical schematic for such a bootstrapping application.

And as soon as I built up my own bootstrapping
circuit with the IC, I could use my oscilloscope in order to find out that everything works
just like I planned it. And with that being said you already know
quite a lot about driving MOSFETs, but of course you do not know everything yet if we
consider that driving MOSFETs potential-free is also rather popular when it comes to for
example creating a tesla coil. But for that we would require a Gate-Drive
transformer and that is a subject for Part 2 of this MOSFET video series. As always thanks for watching. Don’t forget to like, share, subscribe and
hit the notification bell. Stay creative and I will see you next time..