As I’ve mentioned in several episodes now,
humanity is in a bit of a transition period, a time when it makes sense to launch material
up and out of Earth’s gravity well into orbit, and beyond. But it’s really expensive, costing up to
$10,000 per pound you want in orbit, and 10 times if you want it on the Moon. But over the coming decades, more and more
of our space-based infrastructure will be built in space, manufactured out of materials
that were mined in space. The only thing that’ll actually need to
leave the Earth’s clingy gravity well will be us, the humans, the tourists, wanting to
visit all that space infrastructure. Of course, in order to achieve that space
future, engineers and mission planners will need to design and construct the technology
that will make this possible.

That means testing out new prototypes, technologies
and methodologies for mining and space-based manufacturing. This is an example of the kind of telecommunications
satellite that’s regularly launched into space. The size and shape of its solar panels are
dependant on the reality that Earth’s gravity… sucks. Any spacecraft built needs to be able to handle
the full gravity down here on Earth, throughout the testing phase. Then it needs to be able to handle the brutal
acceleration, shaking and other forces of launch. Once it reaches orbit, it needs to unfold
its solar panels into a configuration that can generate power for the spacecraft.

As always, I just need to say the words, James
Webb Space Telescope, to put you into a state of panic and dread, imagining the complexity
and origami precision that needs to happen more than a million kilometers from Earth,
in a place that can’t be serviced. Now, take a look at this artist’s illustration
of a satellite whose solar panels were built entirely in orbit, never experiencing the
rigors of Earth gravity. They’re comically, hilariously large. And as it turns out, efficient and cost effective. Imagine the International Space Station with
solar panels that were three times longer, but still perfectly strong and stable in the
microgravity environment of low-Earth orbit. This is the technology that Made in Space’s
Archinaut One will be testing out as early as 2022, bringing us one step closer to that
space-based manufacturing that I keep going on about. In July, 2019, NASA announced that had awarded
$73.7 million dollars to Made In Space, a 3D manufacturing company based in Mountain
View, California.

This contract will help fund the construction
and launch of the company’s Archinaut One spacecraft, which will then demonstrate the
manufacturing and assembly of spacecraft components in space. They’re going to build a spacecraft that’ll
assemble its own power system. In space. If all goes well, Archinaut One will head
off to space on board a Rocket Lab Electron rocket from New Zealand as early as 2022. Once it reaches orbit, the spacecraft will
construct two ten-meter solar arrays, enough to power an industry standard 200-kg satellite. The kind of satellite that serves as a secondary
payload on larger launches. Generally they’re underpowered, with only
a few hundred watts of power available to them. Archinaut One will 3D-print the support beams,
and then unfurl the solar panels on either side of the spacecraft. By manufacturing the entire array in space,
the smaller satellite will have the power capabilities of a much larger spacecraft – 5
times the power – able to power more science instruments, communication instruments, etc.

This makes sense here in Earth orbit, but
it makes even more sense deeper into the Solar System, where the amount of solar power available
to a spacecraft drops away. NASA’s Juno spacecraft is currently visiting
Jupiter, the 4-tonne spacecraft has three 9-meter solar arrays containing 18,698 solar
cells. Here at Earth, they’re capable of generating
14 kilowatts of electricity. But out at the orbit of Jupiter, the solar
cells get just 1/25th amount of sunlight to work with. NASA has been investing into several technologies
which it calls “tipping points”. These are technologies which are too risky
or complicated for aerospace firms to profitably develop. But if NASA can reduce the risks, they could
benefit commercial space exploration. This was the second contact awarded to Made
in Space for the Archinaut program. The first contract, awarded back in 2016,
was for a ground-based test of Archinaut. It was put into Northrop Grumman’s thermal
vacuum testing environment, which can mimic the temperature extremes and low pressure
of the near-vacuum of space.

Inside the chamber, Archinaut was able to
manufacture and assemble various structures. It demonstrated that it could assemble pre-fabricated
components like nodes and trusses completely autonomously, as well as various repair operations. With this test out of the way, the next stage
will be to test out the technology in space, with the launch of Archinaut One ideally by
2022. Made in Space has actually been developing
and testing various space-based manufacturing systems for several years now. In February, 2018, Made in Space used a 3D
printer to build a single truss that was 37.7 meters long.

And in a minute we’ll talk about some of
their other projects and what the future holds, but first I’d like to thank: Joel Adams
Jason Michael Charette
Elliot Burack And the rest of our 807 patrons for their
generous support. They contribute so that you can see these
videos, and we can make them freely available to anyone who wants to learn about space. Join our community at patreon.com/universetoday
and get in on the action. In addition to the Archinaut program, NASA
has been working with Made in Space for several years now. The most famous of this partnership is the
Additive Manufacturing Facility (or AMF), currently on board the International Space
Station, which arrived in March 2016, providing an upgrade to the station’s previous printer. Over the last few years, this printer has
crafted dozens of objects in the microgravity environment of orbit out of polyethylene. 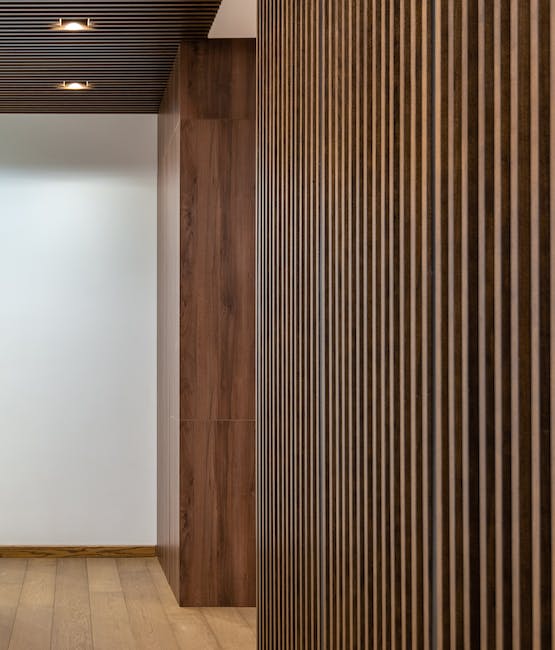 But the AMF is able to print with different
materials such as metals and composites. The partnership with Made in Space allows
NASA to craft replacement parts, and repair broken pieces of the station in orbit. But it also allows Made in Space to test out
their more ambitious plans for full space-based manufacturing. In 2018, NASA awarded them a Phase 2 Small
Business Innovation Research award for their Vulcan manufacturing system. This is a space-based manufacturing system
that can work with 30 different feedstock materials, like aluminum, titanium or plastic
composites to print 3D items. Vulcan will also be able to subtract material,
machining parts down to their final shapes. And it’ll all be done robotically. The goal is to build high-strength, high-precision
polymer and metallic components in orbit to the same level of quality as the stuff you
can buy down here on Earth. Made in Space is also testing out the technology
to manufacture optical fibers in space.

These fibers transmit a tremendous amount
of data, but the signal needs to be boosted across longer transmission distances. There’s a special kind of crystal called
ZBLAN which could have a tenth or even a hundredth the signal loss of traditional fibers, but
it’s hard to manufacture in Earth-gravity. A recent experiment delivered to the International
Space Station will manufacture these ZBLAN fibers in space, hopefully producing up to
50 km at a time. As launch costs are reduced, it might even
make economical sense to manufacture fiber optic cables in space and then bring them
back to Earth. But it also makes a lot of sense to keep them
in space, to make more sophisticated satellite hardware that’s never known Earth-gravity. Made in Space is also working on technology
that will recycle polyethylene back into new 3D printed items. When it’s so expensive to fly cargo into
orbit, it makes recycle what you’ve already sent to space, and save it from getting dumped
overboard to burn up in orbit.

These are all just pieces of a much larger
technology strategy that Made in Space is working towards – the goal of a full space-based
manufacturing and assembly system. In the future, satellites, telescopes and
other space-based hardware will be designed down here on Earth. Then the raw materials will be launched to
space with an Archinaut manufacturing system. Archinaut will manufacture all the component
parts using its 3D printer, and then they’ll be assembled together in space. Made in Space has two flavors of Archinaut
they’re proposing right now. The Dilo system looks like an octagonal canister
surrounded by solar panels with a robotic arm poking out the top. Inside the canister are all the raw materials
for a space-based communications antenna. The arm takes folded reflector panels and
then assembles them. It uses 3D printing to attach the panels,
and then they’re unfolded into a communications dish.

The spacecraft then uses a 3D printer to manufacture
and extrude a communications boom from its center. The more advanced version is called Ulysses. It’s a version of Archinaut with three robotic
arms surrounding a 3D printer. The spacecraft manufactures various trusses
and nodes and then uses its arms to assemble them into larger and larger structures. With this technology, they’re really only
limited by the amount of raw materials the spacecraft has to work with.

It could build space telescopes dozens or
even hundreds of meters across. The pieces are coming together for true space-based
manufacturing and assembly. As early as 2022, we’ll see a spacecraft
assemble its own solar panels in space, creating a structure that never needs to experience
Earth gravity. And in the coming years, we’ll see larger
and larger spacecraft built almost entirely in orbit. And eventually, I hope, they’ll be made
out of material harvested from the Solar System. Some day, we’ll see the launch of the last
cargo rocket. The last time we bothered carrying anything
out of Earth’s massive gravity well and out into space. From then on, it’ll only be tourists. What do you think? When do you think we’re going to get to
that future of space-based manufacturing and assembly? Let me know your thoughts in the comments. Once a week I gather up all my space news
into a single email newsletter and send it out. It’s got pictures, brief highlights about
the story, and links so you can find out more.

Go to universetoday.com/newsletter to sign
up. Did you know that all of my videos are also
available in a handy audio podcast format, so you can have the latest episodes as well
as special bonus material like interviews with me show up right on your audio device. Go to universetoday.com/audio, or search for
Universe Today on iTunes, Spotify or wherever you get your podcasts. I’ll put a link in the shownotes. And finally, here’s a playlist.

Why 3 Phase AC instead of Single Phase???

How does a Solar Off- Grid UPS or Inverter Work? IN HINDI